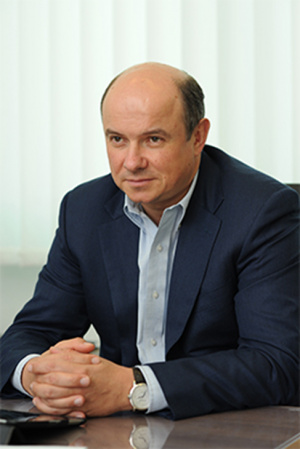 Professor Katkalo (born in 1964) received undergraduate (with distinction) and Doctoral degrees in Economics from St. Petersburg University, and did post-doctoral studies at Haas School of Business, University of California (Berkeley).

The author of more than a hundred scientific publications, including six monographs and a number of articles in international and Russian refereed journals. He was visiting scholar at several top European business schools.

Professor Katkalo was one of the founders (1993) of the Graduate School of Management at SPbU, which he directed as GSOM Dean since 1997 and later as SPbU Vice Rector until 2012. Under his leadership GSOM became the first and the only Russian business school to receive EQUIS accreditation and to become CEMS and PIM member; the school has also received AMBA and EPAS accreditations. He joined Sberbank Group in December 2012 as Director of Sberbank Corporate University, 100%-owned subsidiary of this largest bank in Russia and Eastern Europe which now aims to become a top global financial institution.

Professor Katkalo is the Chairman of the EPAS Accreditation Board, and serves on the EFMD Board of Trustees and on Advisory Boards for HEC Paris, WU-Vienna University of Economics and Business, and Higher School of Economics, Moscow. He is the member of the Board of Directors for JSC Transneft.