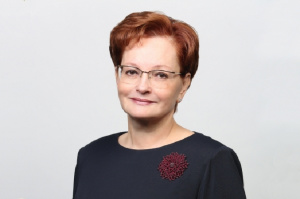 1994 - graduated from the Academy of National Economy under the Government of the Russian Federation, specializing in Business Management.

November 2017 - She was elected chairman of the Supervisory Board of the TSU’s Institute of Economics and Management.